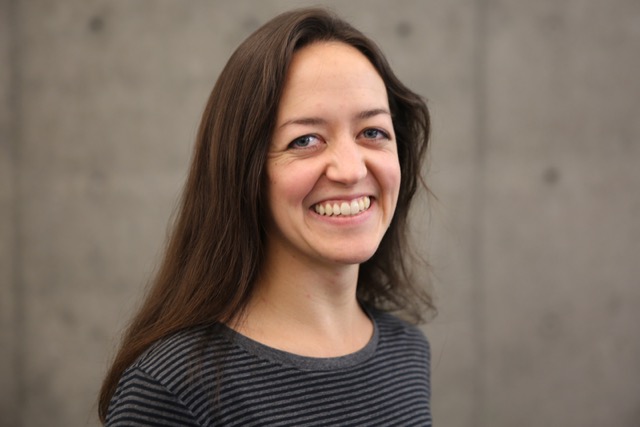 What got you into science?

Both of my parents were scientists. My dad was a metallurgical engineer and my mom was a chemical engineer. So, they told me that I had to go to college and I could major in anything I wanted to, but they would be a little disappointed if I picked something like history or English. I figured that if I could do science then I could look more into that and see if it was something that I liked. My original thought was to get a pharmaceutical degree, and I read that a good intro to pharmacy was microbiology. So I started in a program in microbiology in the University of Idaho, and I got into my first micro class and I thought it was really cool. I liked epidemiology and I thought outbreak tracking was really neat, so I started pursuing that and dropped off my pharmacy aspirations. I finished my bachelors in microbiology and did a little bit of research on E. coli virulence factors and things like that. I ended up thinking I was going to go to get a public health degree but after graduating from college and not having much set up, I moved back home. I started looking at a particular graduate program, an epidemiology program that was out of Johns Hopkins, and they actually required two years of work experience before you applied, so I started looking for a job. While looking, there was one up here in Seattle and that’s what brought me here.

What is the science field like? Is it competitive?

The University of Idaho isn’t necessarily competitive as far as getting into it. They don’t have a medical school themselves, but they have agreements with the University of Washington so you can do a program called the WUE (Western Undergraduate Medical Exchange) and take the first few years of classes at the University of Idaho and transfer to UW at the end and finish your medical degree. A lot of the research they do is based on veterinary, animals, or agriculture.

What are your long term or short term career goals?

I kind of moved away from epidemiology. I did spend six years in a public health lab, and I am a little bit disenfranchised with the public health system, unfortunately. I’ve become more interested in the human microbiome and looking at that as an avenue of wellness. My short term goals at ISB are really just to be involved; to learn some new technologies that I haven’t seen before, and to be involved in the current research. But I will probably end up going back to school because I want to get a masters in nutrition or a dietician license.

What have been the most difficult things in your career that you’ve had to deal with?

I can almost always figure out the work. The hardest part has been figuring out how to work with other people. Sometimes, when you get in a situation where it’s really mundane work, people have a lot more time to create drama. And I think many lab sciences, especially clinical sciences, tend to get really repetitive after a while. Besides the working with people, I’ve also noticed that I tend to get bored after a while. You learn a protocol, you get really good at it and really efficient, and say “What’s next?” but that’s it. I find that after a while, I have to find a way to make myself more interested because if you don’t, you start to become sort of apathetic. It’s motivating yourself to move on to the next thing and think about if you’re happy there or if there are new opportunities.

How do you balance work and personal life?

I have a lot of activities that I like to do outside of work and part of my work-life balance is being able to make commitments to do those things. I do ballroom dancing and am part of a group that meets twice a week, so I committed to doing that. I also try to make time for myself. You can fill your time with too much activity, too, and you don’t want to be busy all the time. There is a point when you’re at work where you have to ask yourself “How much have I done today?” and “Am I satisfied with what I’ve done? Can I go home to rest now?” It is easy to burn out, especially in research, because there is always something new to do. There are a lot of people who spend too much time at work, and it’s hard to maintain personal relationships and find time for themselves outside of work.

What do you do when you feel burned out?

Some of the things you can do is reaching out to other people in the lab, and learn about what they are working on. Volunteering to help other people out will be an opportunity for you to learn. If you spend just a little time learning on your own, you can diversify yourself. This is really where you can learn new things because it is easy to be comfortable with what you already and become apathetic.

How is your present different than what you thought in high school?

In high school, I actually thought I would be in a pharmaceutical career and be married and settled down a lot earlier than I actually did. A different life than you expected is just something that you have to learn to be ok with. I didn’t think I was going to end up in Seattle, but the doors sort of just opened and I went for it. In retrospect, I’m not unhappy with any of the choices I’ve made but it’s definitely not something I expected for myself. Even when I was in college, I thought I was going to go into epidemiology, and I was really interested in refugee camps and especially the diseases and outbreaks that happen in that microenvironment.

What is your favorite part of working at the ISB?

I appreciate how everyone encourages you. When you are stuck, they help you to figure it out and give you advice on different problem-solving methods. The environment here is very professional and instead of being reactive to issues, they are more proactive towards them. It is comfortable to be here and seems to be a very promising and promoting environment as opposed to being penalized for mistakes or problems.

Nothing is really set and stone and you can always do more than you originally envisioned. I think it’s valuable to try different things because then you’ll never know what you really like.

What advice would you give a high schooler interested in STEM?

Consider a lot of options. I didn’t end up where I thought I would be at all and part of what lead me going in different directions was being open to new thing and ideas. I think that if you’re open to vision changing you’ll find a better fit for yourself overall. Your interests will shift over time, even if you’re in the perfect fit, in the beginning, you’ll find yourself wanting to do something new or different in time. Nothing is really set and stone and you can always do more than you originally envisioned. I think it’s valuable to try different things because then you’ll never know what you really like.

What are some of the skills you find yourself using that you didn’t think you needed?

In previous jobs, I remember memorizing a lot of information that is now useless to me. Recognizing biochemical patterns, when in reality there are multiple factors that can go wrong in a research project.

Did you ever feel scared working with pathogens?

I did work with some pretty dangerous pathogens and sometimes hospitals would submit dangerous things without labeling what they were. It may not be the best for safety but there is a level of comfort, you get after a while of working with something. Sometimes that makes you a bit careless. You always have to remember that there is a possibility of getting sick, and it is important to be careful.

Do you have any advice for high school students stressed about college?

You want to choose a major or college that you’re interested in or you want to pursue, but your bachelor’s degree or your college doesn’t define what you’re going to do for the rest of your life. The choices that you’re making right now for college aren’t necessarily forever. They’re not set in stone; you can do other things in the future. I went to a state school which may not have the prestige of an Ivy league school, but I feel like that saved me a lot of money. I was always told that it’s more important where you get a master’s and Ph.D. than where you get a bachelor’s.

Have you made any decisions that you wish you hadn’t in your career path?

I don’t think I regret the decisions I’ve made. I might have wished that I would have moved on sooner from some of my previous jobs because I think I spent a few years being frustrated when I could have moved sooner. I’ve been in the industry, public health service, and now in research with a non-profit. I’ve seen different sides of the field, and it’s been a valuable experience for me.

Could you elaborate on the differences between those three settings?

Part of it is definitely the clients who you are serving. In one previous job, my boss really focused on public health type work and outbreak response, but he would also work with food companies before they sent out their product out to market. Those companies were the customer. In industry, it was non-stop working because the work made money. In retrospect, I don’t think that pace was necessary. It can be kind of stressful. In the public health lab, the public is the customer. There was more bureaucracy, and it took longer for things to happen. Everything was a lot slower. In clinical labs, the patients are the costumer, so the speed becomes important again. They do shift rotations, so timeliness is extremely important. There are different aspects to take into consideration in each setting.

What are your plans for graduate school?

I have been looking at a nutrition program with the hope that in studying nutrition, I may be able to implement what I learn in a research or counseling position. I want to make more of a direct impact, and being able to talk to someone about their diet or problems they’re having seems a lot more directly impactful. I’m also considering that being in a lab is hard when it comes to flexibility or working part-time. For people doing computational work, it is easier to work from home, but doing benchwork experiments is something where you have to be in the lab.