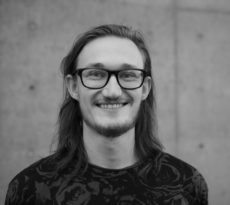 James Wilson grew up on a small farm in rural Idaho, not far from Yellowstone National Park. Growing up in an area rife with hotsprings led to a continuing fascination with organisms that live in extreme environments, that continues to this day. Wilson attended Idaho State University, where he worked on characterizing novel microbes isolated from hotsprings in Dr. Tim Magnusons' lab. He graduated in 2016 with a B.S. in Microbiology, and moved to Alaska for his master's degree. At UAA Wilson genetically engineered a strain of E. coli to produce isobutene from sewage waste, and investigated the stress response of this engineered strain to solvent exposure, and to spaceflight. Following the completion of his M.S. in Biological sciences, Wilson started work at ISB investigating the effects of pH on microbial communities' production of Nitrous Oxide.

Predicting the current and future health of complex microbial communities

Evolution of syntrophy at the single cell level