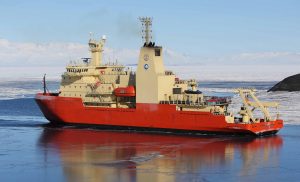 The Southern Ocean plays a critical role for carbon sequestration in the oceans. The flux of carbon (C) and nitrogen (N) export to the deep ocean depends on the efficiency of the biological pump transporting biomass to depth, however the molecular mechanisms are not well understood. This study focuses on the impact of microbial communities in the C flux in the Ross Sea observed in the late austral summer of 2013 during the TRacing Algal Carbon Export in the Ross Sea (TRACERS) expedition and how programmed cell death (PCD) modulates the turnover of phytoplankton.

Response of diatoms to Ocean Acidification