Intrigued by science from a young age, Daaniya Iyaz is currently a senior in STEM High School. Ranging from conducting research on efficient biofuel alternatives to exploring the neurological impacts of sleep and memory performance, Daaniya's diverse background in fields of science is what drew her to the intellectual community of ISB.

In between spending in the Baliga lab with her mentors Warren Carter and Nina Arens and attending talks on novel discoveries in research, Daaniya gained insight into the expansive and collaborative intellectual culture of ISB. From interacting with the ISB faculty members, Daaniya learned about the a variety of topics in the world of academia as well as general advice, but she also gained intimate experience in a laboratory setting with her two projects: studying the metabolic processes of Desulfovibrio vulgaris Hildenborough (DvH), a sulfur-reducing bacterium, as well as assessing its potential in bioremediation and determining optimal growth conditions of Chlamydomonas reinhardtii, a species of algae used for biofuels production, which built upon Daaniya's previous research with algal biofuels.

Though Daaniya's passion for multiple fields of science can be seen through her participation in numerous individual research projects for scientific competitions such as Imagine Tomorrow and Central Sound Regional Science Fair as well as an internship conducted with the Washington State Crime Lab in studying serological (blood spatter) patterns with 3D scanner technology, she also has a keen interest for her environment and the world around her. A member of the Global Youth Leadership Initiative (run by the World Affairs Council), she has attended multiple workshops on global affairs, toured students from foreign countries around Seattle, and completed a Global Awareness Project (GAP) in her school to educate her fellow students in issues around the globe, such as raising money for Nothing but Nets (an organization that combats malaria) and bringing awareness to human trafficking. She has also founded a Multi-Cultural Club with her school in order to promote a sense of community in her diverse school environment, and she volunteers within her religious community.

When not being very productive, Daaniya enjoys playing hardcore badminton and writing. She has written for the Seattle Globalist and placed in several writing competitions. She also enjoys reading, avid gaming, tennis, climbing stairs, and eating. Daaniya's possible future career interests lie in biology related fields, such as epidemiology and neuroscience, environmental science studies (particularly biofuels), and being a professional food critic.

Daaniya can be contacted using the form below. 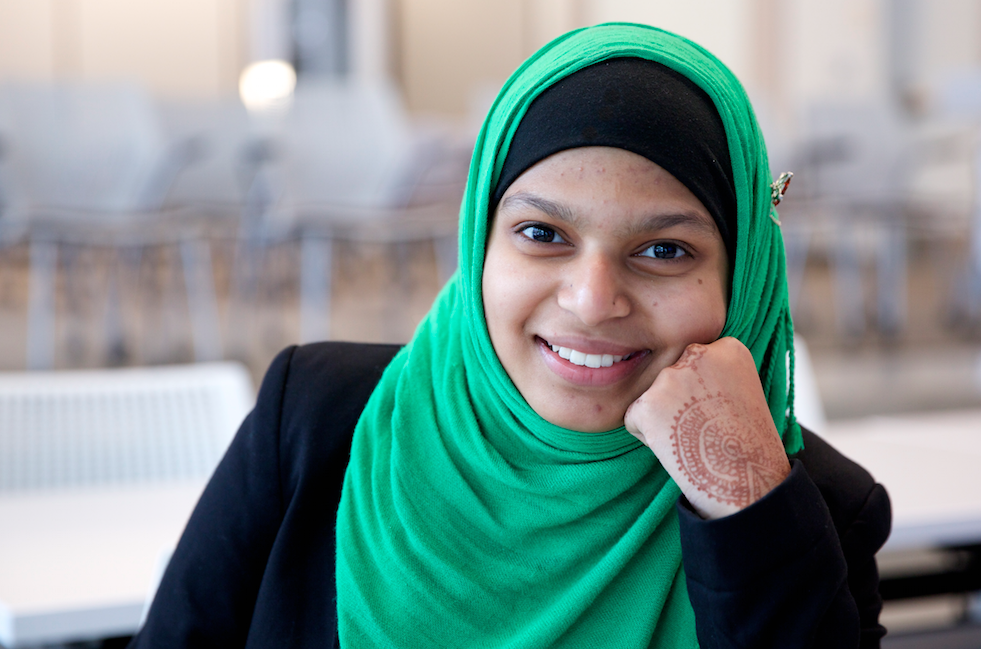