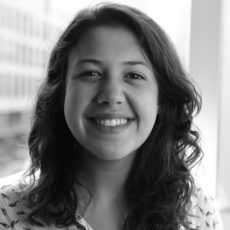 My research interests lie broadly in the interdisciplinary nature of biology with mathematics and computer science. Relating to the Baliga Lab, I am particularly interested in the genetic mechanisms which cause microbial tolerance and resistance to drugs meant to treat Tuberculosis (TB), one of the deadliest infectious diseases in the world. At ISB, I work towards understanding these mechanisms in M. tuberculosis (MTB) and M. smegmatis, a non-pathogenic mycobacterium closely related to MTB.

One of the major reasons for failure in MTB treatment, is the development of resistance or tolerance to one or more of the drugs used in first-line treatment regiments. Although the hallmarks of resistance and tolerance are well known, it’s not quite known if and how these phenotypes are related. If they are, there is potential to predict if/when a patient will develop resistance to their drug regiment, ultimately allowing doctors to alter or expedite treatment.

Utilizing antibiotic exposure and evolution assays, I aim to use my Systems Research Scholar experience to observe the nature of the relationship between tolerance and resistance and deduce the underlying mechanisms of their connection. Through a combination of genetic analyses and classic phenotypic experiments for mycobacteria, it will be possible to further understand how TB adapts itself to survive the drugs which are meant to kill it. Due to the nature of working with TB, I plan to initially develop these methods in M. smegmatis to understand the effects which single drug resistances have on developing others; eventually adapting this work to the slow-growing, bio-safety level 3 TB system. With this work, we will hopefully be able to better understand resistance, an unfortunate characteristic inhibiting TB treatment, and combat it accordingly.